My Problem with Prayer

I don’t really want to talk about it.

I definitely don’t want to pray about it.

But, I know it’s a problem.

I’m frustrated with prayer- with God.

I’ve been praying more than ever before, or at least I was.

And then it felt like God straight up tackled me. Flat back. Hard ground.

I didn’t realize I had a problem with prayer.

I want God to answer my prayers

which I told him how to do

I want my financial support to be raised so that I can go to Tanzania this summer, so that I can begin my ministry in Los Angeles asap.

That doesn’t really seem like to much to ask, right? Like I’m doing this for You, God.

When you write something out, it really shows you how gross, self-centered, self-righteous, selfish, self-reliant, temper tantrum, two year old you really are.

It sucks, but I can’t change it.

I think it felt like I got tackled because God had to. I wasn’t being honest with Him about my frustrations. I was pasting on a smile and praying and praying and smiling and saying things like, “Yeah, this is hard but good. God is teaching me a lot.” And then I was continuing to do all the things that I was praying that God would do because He wasn’t doing them.

Then, He told me to stop.

And it was like I got tackled or clotheslined.

“But God, I’m doing so much for you. Why would You want me to stop? We got to get this done. Hello!?”

He probably should just smite me. The fact that He hasn’t is proof of His patience.

My problem is that

I want to be God.

God is funny in how He reveals things to us…

It all started when I went out to eat with a close friend that I hadn’t seen in a while. After the question, “So how are things going?” a whiny terrible cry fest ensued. I didn’t even realize I was so upset and so not trusting God to provide. I felt really bad, and embarrassed. I was a mess.

A few days later, I called another friend to ask how she was doing- and she ended up calling me out on the fact that I wasn’t taking a Sabbath. She was right. I was drained- but stuff had to get done. Regardless, that night, I drove to a nearby town with a Barnes & Noble. The ultimate place of rest. The announcer lady came on 10 minutes after I got there saying they were closing in 10 minutes.

The next day, I was feeling even more defeated and frustrated and full of a range of emotions.

Two friends text me to ask how I was doing.

One friend sent me a link to a sermon that was heart-wrenching and amazing at the same time: Weak Faith in a Strong Savior.

Yesterday, I listened to How to Give the Bible Functional Authority in Your Speech and Writing and A Call to Pray.

I want to figure this out. I want to get back to the place where I want to pray, where I feel like I can talk to God about anything.

I thought I was there.

I thought I understood it.

So, this morning, I got on my knees- because I read a bit of C.S. Lewis’s Screwtape Letters a few years ago and vaguely remember the demon guy saying something like, “Humans think that the physical position they’re in while praying doesn’t matter…” or something like that- basically insinuating that it does. And, I can see that. Because at first I was sitting lounged back on my bed with my arms crossed. I realized my body language read, “I don’t care what you say God.” So, to the floor I went. It’s awkward at first, but it does make sense. Like God, I’m here, knees and face on the floor. Now what?

“Be silent before the LORD and wait expectantly for Him.” -Psalm 37:7  came to mind.

“Well, that’s easy,” I thought. “I have nothing to say to You God. I don’t even know exactly what my problem is. Like I know I don’t like that You’re God and I’m not, but I don’t know how to change that… Can you change that?”

“Be silent before the LORD and wait expectantly for Him.”

“…a broken and contrite heart

That’s all I got.

I think that’s all I need.

To know who I am

and what I am—

“As a father has compassion on his children,

so the Lord has compassion on those

for He knows how we are formed,

He remembers that we are dust.

the wind blows over it and it is gone,

And who God is—

the Lord’s love is with those who fear Him,

and His righteousness with their children’s children —

with those who keep His covenant

and remember to obey His precepts.

The Lord has established His throne in Heaven, and His kingdom rules over all.

Praise the Lord, you His angels,

you mighty ones who do His bidding,

who obey His word.

Praise the Lord, all His heavenly hosts,

you His servants who do His will.

Praise the Lord, all His works everywhere His dominion. 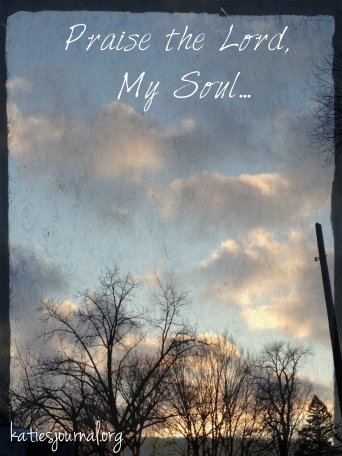 2 responses to “My Problem with Prayer”