Is the Resurrection for real?

I recently received an email asking if I could speak to a group of high school students about “the importance of the resurrection and how you find power in walking with a Jesus that’s alive.” I actually laughed out loud after reading it. I thought the sender was kidding.

I can’t talk about that…I’m totally not equipped…

I told my friend McKenzie, “Honestly, I hardly ever know when Easter is. I’m way more prepared for Christmas.”

I think that’s because Christmas is culturally a bit more acceptable- like everyone jumps on board with the presents and Santa thing. Jesus dying on a cross and rising is a little bit more weird. A baby being born—everyone is like “Yay!” A cute manger and animals. What a fun story! A man being murdered on a cross— horrifying. And then supposedly rising from the dead….that’s a little intense…I’d rather just think about chocolate bunnies and jelly beans.

I’m totally guilty of not really thinking about the resurrection. Like I believe it – I mean I’ve heard about it. I know it’s super important- but like, it’s just assumed. We grew up hearing “Jesus died and on the third day, He rose again.”

Yet, we just rattle off in rote memorization.

When I was younger I would sometimes give up candy or pop for Lent- but probably more to feel like I was taking part in something. In college, it was a bit more spiritual.  Like trying to deny myself because Jesus did. But still I’ve never really wrapped my head around Lent season…So I’m learning with you guys.

The first thing I wanted to explore further is this whole “dead person coming back to life” thing.

It seems kind of crazy, doesn’t it? As I was reading the accounts of people the day that they discovered Jesus disappeared from the tomb – it started to dawn on me how odd it actually was. I read the account in Matthew and in Luke.

28 After the Sabbath, at dawn on the first day of the week, Mary Magdalene and the other Mary went to look at the tomb.

2 There was a violent earthquake, for an angel of the Lord came down from heaven and, going to the tomb, rolled back the stone and sat on it. 3 His appearance was like lightning, and his clothes were white as snow. 4 The guards were so afraid of him that they shook and became like dead men.

5 The angel said to the women, “Do not be afraid, for I know that you are looking for Jesus, who was crucified. 6 He is not here; he has risen, just as he said. Come and see the place where he lay. 7 Then go quickly and tell his disciples: ‘He has risen from the dead and is going ahead of you into Galilee. There you will see him.’ Now I have told you.”

8 So the women hurried away from the tomb, afraid yet filled with joy, and ran to tell his disciples. 9 Suddenly Jesus met them. “Greetings,” he said. They came to him, clasped his feet and worshiped him. 10 Then Jesus said to them, “Do not be afraid. Go and tell my brothers to go to Galilee; there they will see me.”

11 While the women were on their way, some of the guards went into the city and reported to the chief priests everything that had happened. 12 When the chief priests had met with the elders and devised a plan, they gave the soldiers a large sum of money,13 telling them, “You are to say, ‘His disciples came during the night and stole him away while we were asleep.’ 14 If this report gets to the governor, we will satisfy him and keep you out of trouble.” 15 So the soldiers took the money and did as they were instructed. And this story has been widely circulated among the Jews to this very day.

Then I realized— The Bible gives 4 different accounts of Jesus’ life from 4 different authors in what we call the Gospels. They are awesomely concise biographies. They have to be because as John says at the end of his book, “Jesus did many other things as well. If every one of them were written down, I suppose that even the whole world would not have room for the books that would be written.” –John 21:25

Each book was written for a different purpose— but all help to give credibility to who Jesus was. I did some research into the lives of each of the authors–shout out to GotQuestions.org for this info:

Matthew was writing to a Hebrew audience, and one of his purposes was to show from Jesus’ genealogy and fulfillment of Old Testament prophecies that He was the long-expected Messiah, and thus should be believed in. Matthew’s emphasis is that Jesus is the promised King, the “Son of David,” who would forever sit upon the throne of Israel (Matthew 9:27;21:9).

Mark, a cousin of Barnabas (Colossians 4:10), was an eyewitness to the events in the life of Christ as well as being a friend of the apostle Peter. Mark wrote for a Gentile audience, as is brought out by his not including things important to Jewish readers (genealogies, Christ’s controversies with Jewish leaders of His day, frequent references to the Old Testament, etc.). Mark emphasizes Christ as the suffering Servant, the One who came not to be served, but to serve and give His life a ransom for many (Mark 10:45).

Luke, the “beloved physician” (Colossians 4:14 KJV), evangelist, and companion of the apostle Paul, wrote both the gospel of Luke and the Acts of the apostles. Luke is the only Gentile author of the New Testament. As a historian, he states that it is his intent to write down an orderly account of the life of Christ based on the reports of those who were eyewitnesses (Luke 1:1-4).

The gospel of John, written by John the apostle, is distinct from the other three Gospels and contains much theological content in regard to the person of Christ and the meaning of faith. Matthew, Mark, and Luke are referred to as the “Synoptic Gospels” because of their similar styles and content and because they give a synopsis of the life of Christ. The gospel of John begins not with Jesus’ birth or earthly ministry but with the activity and characteristics of the Son of God before He became man (John 1:14). The gospel of John emphasizes the deity of Christ, as is seen in his use of such phrases as “the Word was God” (John 1:1), “the Savior of the World” (John 4:42), the “Son of God” (used repeatedly), and “Lord and…God” (John 20:28).

God is so cool. He totally anticipated that we would have questions… But then I also wondered: Is there evidence from non-Biblical sources that Jesus rose from the dead? Michael Gleghorn of Probe Ministries wrote a great article entitled, “Ancient Evidence for Jesus from Non-Christian Sources.”

Okay, Katie we get it—Jesus died and resurrected- that’s kind of crazy, but we believe. What does that have to do with us?

Jesus is alive today sitting at the right hand of God. He sent the Holy Spirit as a deposit, guaranteeing eternal life – but it should impact our lives here now. Jesus wants everyone to live and reign with Him forever. So much so that He was willing to die on a cross to ransom the world from sin and death. Please never forget that God is good and just and holy. He hates sin. He is a perfect judge. Look to Christ for salvation – but also for a perfect friend and lover of your soul.

As for you, you were dead in your transgressions and sins, 2 in which you used to live when you followed the ways of this world and of the ruler of the kingdom of the air, the spirit who is now at work in those who are disobedient. 3 All of us also lived among them at one time, gratifying the cravings of our flesh and following its desires and thoughts. Like the rest, we were by nature deserving of wrath. 4 But because of his great love for us, God, who is rich in mercy, 5 made us alive with Christ even when we were dead in transgressions—it is by grace you have been saved. -Ephesians 2:1-5

There are 3 things that I want to challenge you to think about – because they are 3 things the Lord has challenged me in through my relationship with Him. These three things, I believe, are essential in helping us to live worthy of the Gospel, in response to Jesus death on our behalf and His incredible resurrection.

#1 Prayer — prayer is super humbling. It’s confessing you are not God and do not have all the answers, and that you care about God’s plans. Your aspirations are awesome- but are they in line with God’s? You won’t know unless you ask.

#2 Taking a Sabbath — one of the 10 commandments. The Sabbath means having a day of rest. The resurrection took place on the Sabbath— had Mary and the women been too busy that day with work- they would have missed it. But they were taking that day as a day to rest from normal everyday life. We should use it to connect with God. If we don’t— we’re basically telling God— the world needs me, You need me God. Taking a Sabbath is an opportunity for us to be reminded that we are not in control.

#3 Living Hope — We can have hope. In all circumstances, in death. We have a living hope. But we only are reassured of this living hope through God’s letter to us. Read it, be around others to study it, enjoy meals together, hang out, love people.

If you’d like to see an example of what is possible when we live each day in response to Jesus’ gift to us, please take some time to watch my friend Dave’s memorial service. It really was a celebration. I’d totally encourage you to watch or listen to the whole service. If you only have a short amount of time, start at 1:06…I was incredibly blessed by his parents’ love and passion for the Lord – which has only increased with the passing of their son. Thanks be to God for his life.

We all have an opportunity to make an eternal impact. Don’t miss yours. 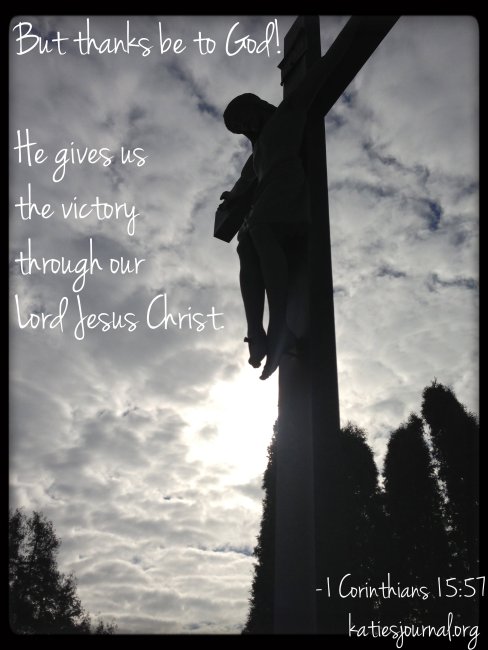 Like Loading…
← At least make a conscious decision to throw God away.
→ Can’t stop talking about Jesus.

2 responses to “Is the Resurrection for real?”